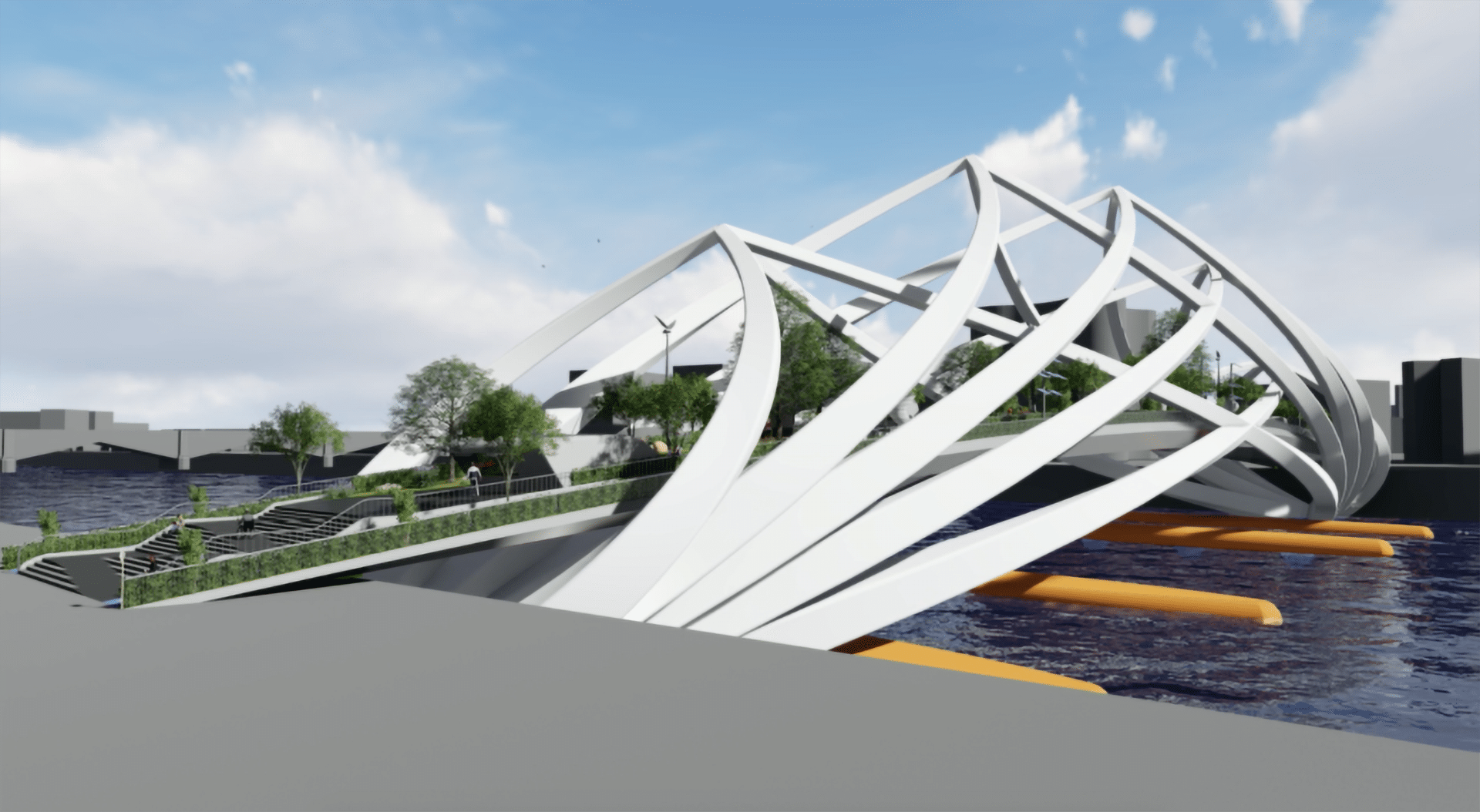 HSD’s concept of ‘Live Zones’ proposes an entirely new way to think of public structures. For the Diamond Jubilee Bridge, incorporating Live Zones provides a solution to an urgent problem, allowing the bridge to pay for itself without using any taxpayer money. 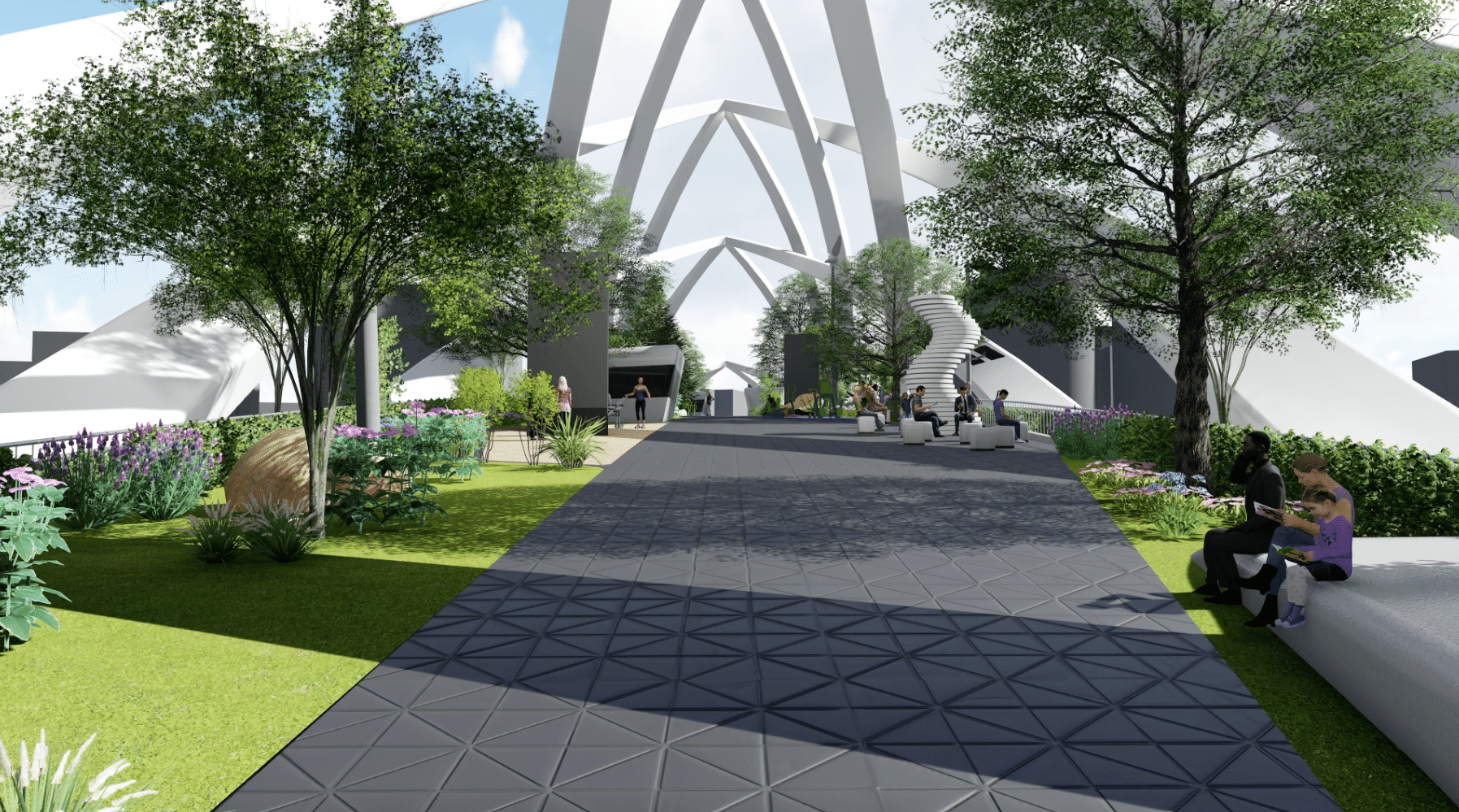 Intending to commemorate the 60th anniversary of Her Majesty Queen Elizabeth II’s reign, the Diamond Jubilee Bridge was meant to serve as a Fulham-Battersea pedestrian crossing, saving Londoners a four-kilometer commute. The much-needed footbridge, however, failed to see the light of day due to an absence of funding, despite demand since the 1930s. Live Zones bring together several elements and income-generating functions, enabling the bridge to cover maintenance and running costs, in addition to serving multipurpose public use.

The first component of a Live Zone is to generate energy from multiple sources. Since the bridge is expected to accommodate over 1.2 million crossings per year, the linear pedestrian path will be covered with tiles that generate energy when people walk on them. The bridge will also feature bird-friendly wind turbines, photovoltaic trees, and animal-friendly water turbines producing a continuous source of energy. 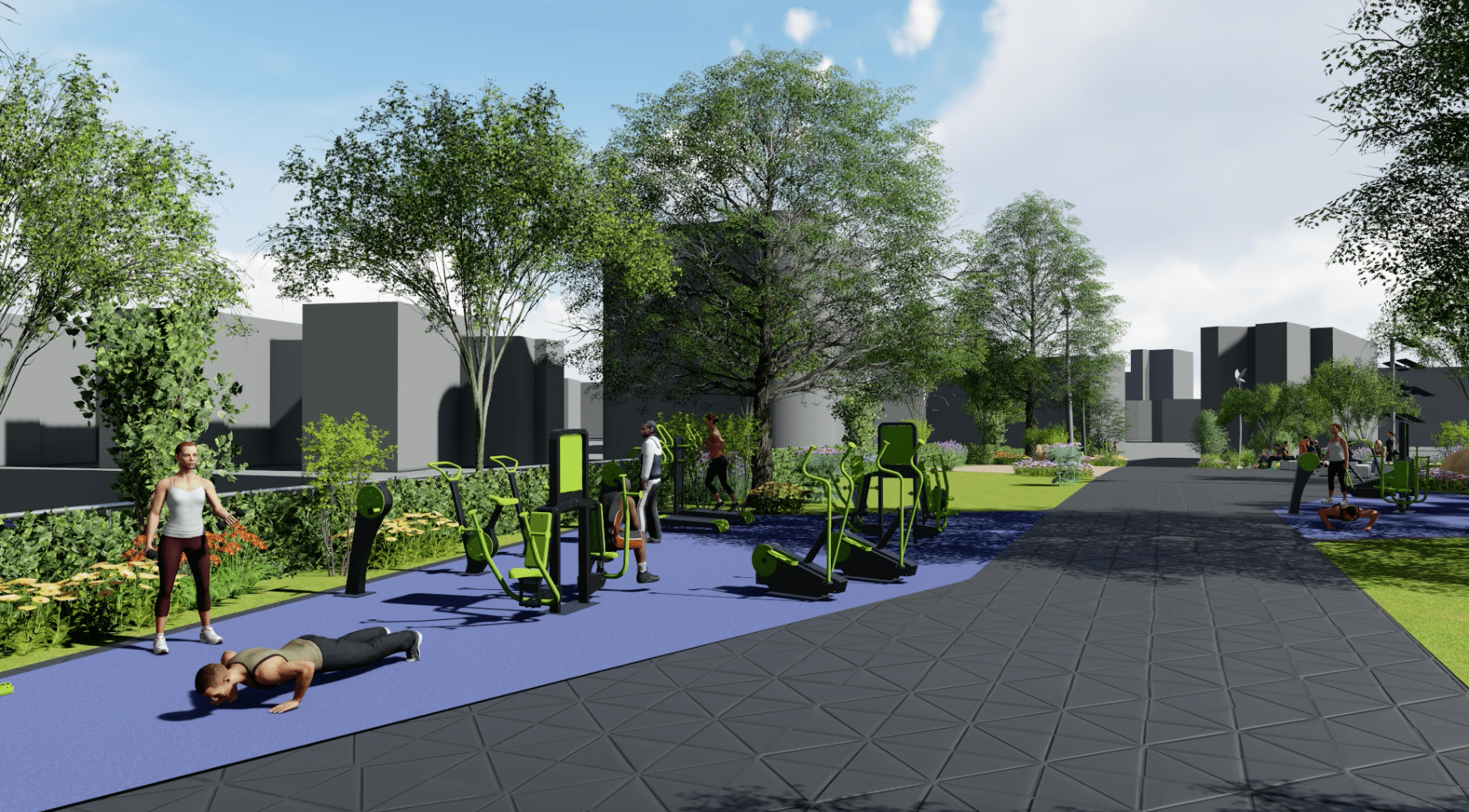 Live Zones will feature vegetation that makes it a pleasant outdoor area in the middle of the city. The bridge also includes six outdoor workout areas that are not only free and accessible to the public, but also produce energy through their use. All this energy generated is sold to the grid, providing significant revenue. 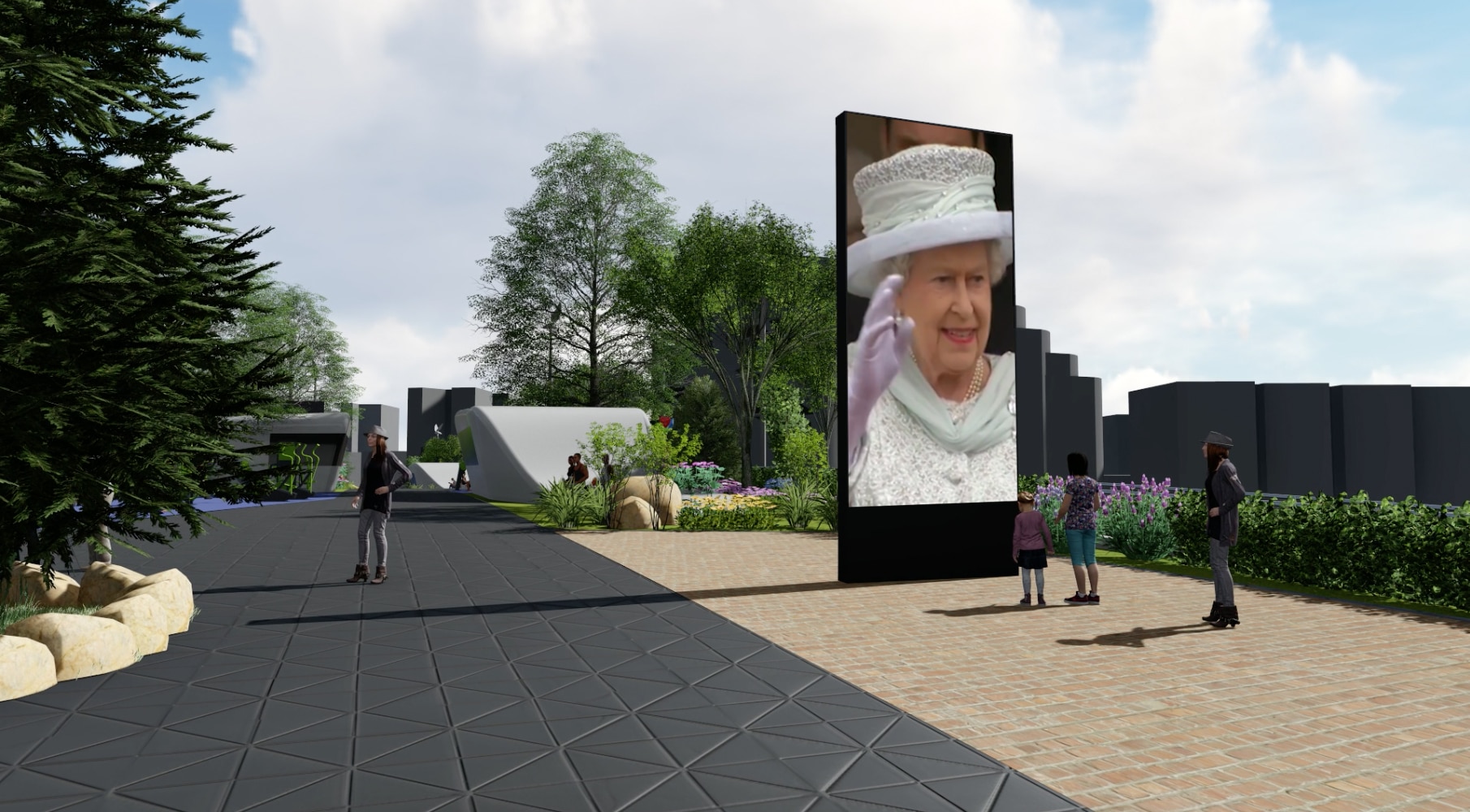 The second component of a Live Zone allows it to generate income. Several kiosks will be leased to sell anything from food and beverage to souvenirs, as well as large LED screens dotting the bridge to form an outdoor exhibit space. This space is used to showcase Her Majesty’s lifetime and achievements, and feature advertisements generating even more revenue. The Live Zone will also be home to several interactive sculptures and will incorporate other great features such as rainwater and dew collection for irrigation.

The final and most important component of a Live Zone is to be self-funding. An initial financial report, published on the HSD website, details how a Live Zone would generate enough revenue to cover all running and maintenance costs as well as a profit. HSD suggests that half the cost be covered by private investors, who in turn will benefit from half of the bridge’s profit. The second half will be funded through donations, where people donating will have their names carved on the bridge. The city would therefore claim the other half of the profit without spending any taxpayer money. 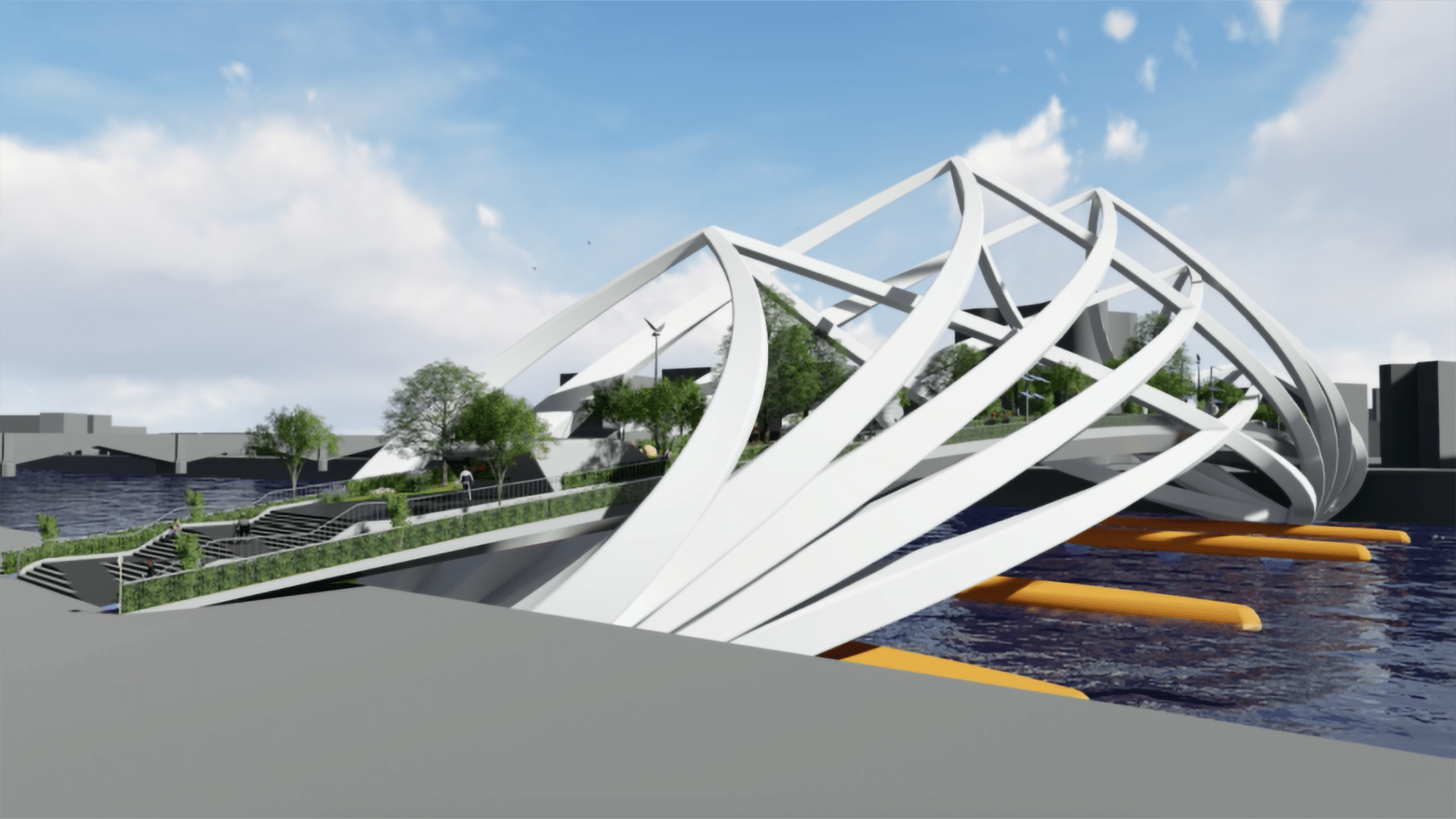 To make the Diamond Jubilee Bridge a monument befitting of London and her Majesty’s legacy, HSD developed a structural system that both supports the bridge and makes it an iconic landmark. The single-span structure symbolizes Queen Elizabeth’s longest reign as well as London’s leadership in sustainability and design. The LiveZone is a universal concept that can be applied to any structure or bridge anywhere in the world in different forms. In this particular case, HSD proposes naming it the Diamond Jubilee Crown. 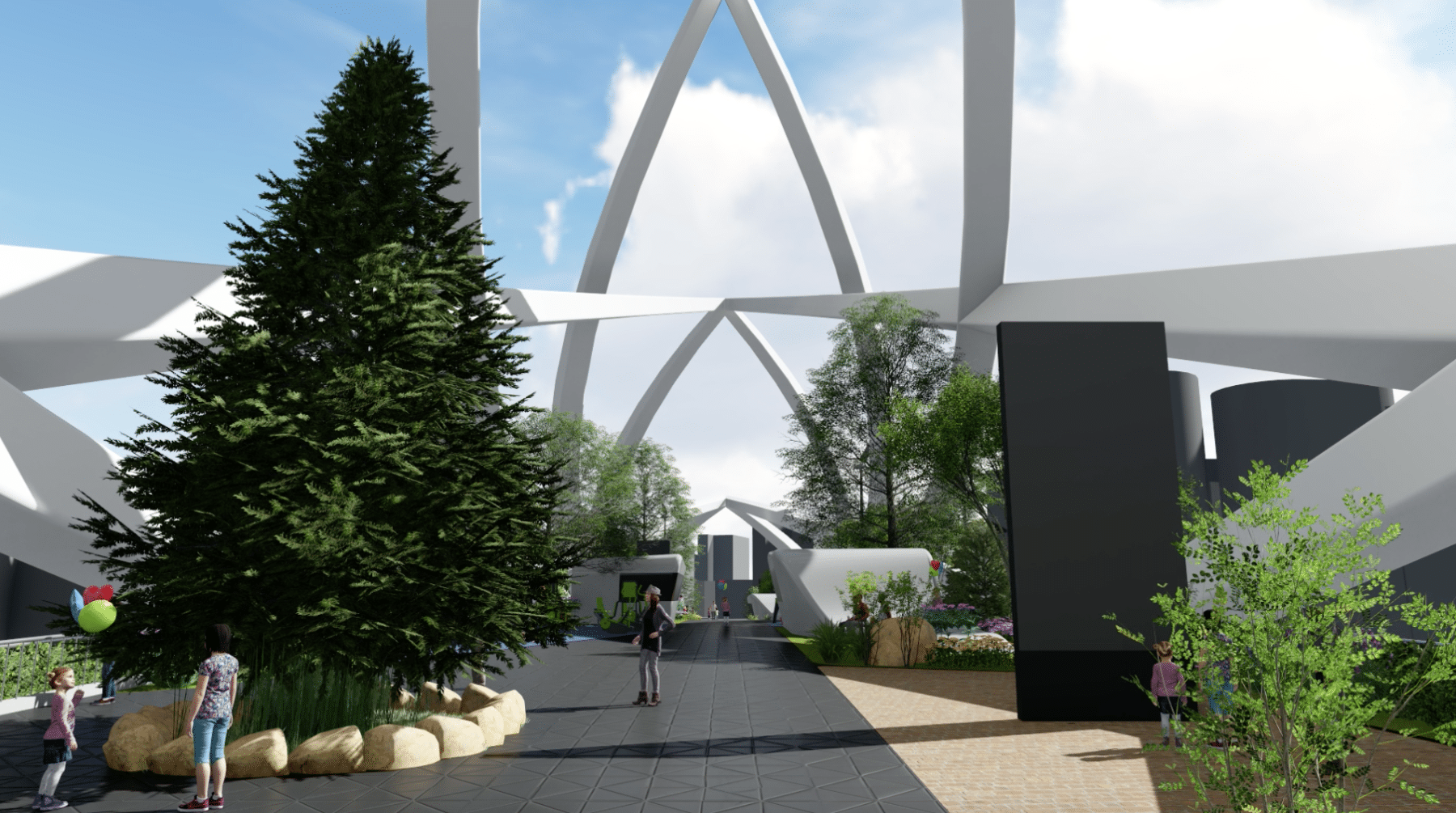 The proposal was launched via a video in an event that was live-streamed from the Haya Cultural Center in Amman on the 25th of September, 2017, featuring a press conference and keynotes from HSD founder Hanna Salameh, encouraging audiences to participate in the discussion on social media, by using the hashtags #DiamondJubileeCrown #LiveZones #HSDvisions.